Sir w Arthur Lewis was born on 23 January 1915. Because he was a Saint Lucian Economist so he has a great contribution to the field of economics. He also won the Nobel Prize in economics and was the first person who wins the Nobel Prize of African origin. Sir lewis won the Nobel Prize in 1979. He died on 15 June 1991, But he constructed an innovation model in terms of trade between developed and less developed nations. So Lewis graduated in 1937 and received a Ph.D. degree in 1940 in economics. Lewis served as a lecturer in the school from 1938-1947 So he was a professor of Economics at the University of Manchester, the Principle University of West Indies, and Princeton University, but he also served as an adviser in economic development at the international level but he also was ahead of the Caribbean Development Bank from 1970-1973.

Lewis Presented his dual sector model in 1954 which states that: Unlimited supplies of labor can be had at prevailing subsistence wages, But the main assumption of the model is that there exists surplus labor in subsistence sectors. The two main sectors of the economic model are:

Vision and Mission of Sir Arthur Lewis Institute of social and economics:

Sir Lewis died on 15 June 1991 in Bridgetown, Barbados, So he was buried in the St Lucian Community College named in his honor. 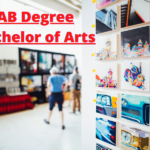 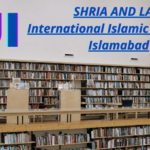